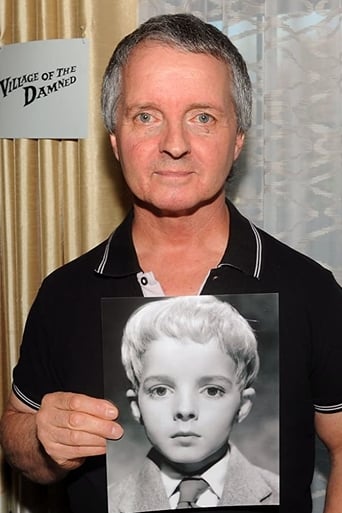 From Wikipedia, the free encyclopedia Martin Stephens (born 30 July 1948) is an English former child actor, best known for his performances in the films Village of the Damned and The Innocents. Stephens appeared in fourteen films between 1954 and 1966, then chose to drop out of acting and made his adult career outside the profession. Description above from the Wikipedia article Martin Stephens (actor), licensed under CC-BY-SA, full list of contributors on Wikipedia.