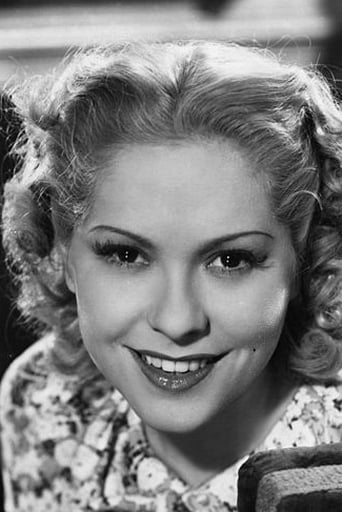 June Clyde (December 2, 1909, St. Joseph, Missouri – October 1, 1987, Fort Lauderdale, Florida) was an American actress, singer and dancer. She was a niece of actress Leona Hutton. Clyde's career began at age seven on the vaudeville stage, billed as "Baby Tetrazini" (her mother's maiden name) at the age of nine. She made her first screen appearance at age ten with Noah Beery, Sr. in The Sea Wolf. Later her voice changed and she joined a stock company. She was a WAMPAS Baby Star of 1932 and she progressed to a modest career in Hollywood films before marrying film director Thornton Freeland. Clyde moved to England with her husband and appeared in several British films and stage productions starting in 1934, as well as returning to the United States periodically for both stage and film work. A Mormon, she became friends with actress Dennie Moore, who nicknamed Clyde "The Loveliest Latter Day who ever lived".