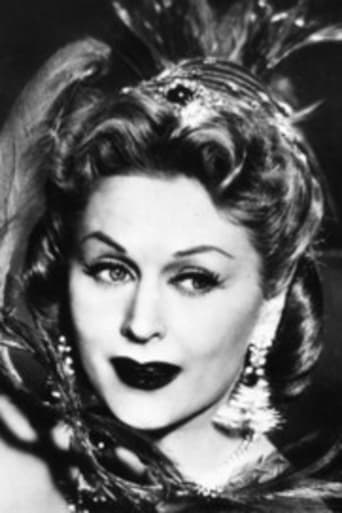 Marika Rökk, born Marie Karoline Rökk, was a Hungarian dancer, singer and actress who gained prominence in German films in the Nazi era. In 1924 her family moved to Paris where she learned to dance and starred with the Hoffmann Girls at the Moulin Rouge cabaret. After a tour that led her to Broadway she continued her dance training in the United States. As an acclaimed revue dancer on numerous European stages, Rökk was selected as the ideal candidate to be groomed and promoted as this new type of star and in 1934 was offered a two-year contract with UFA, where she became one of the most prolific film stars of the time.