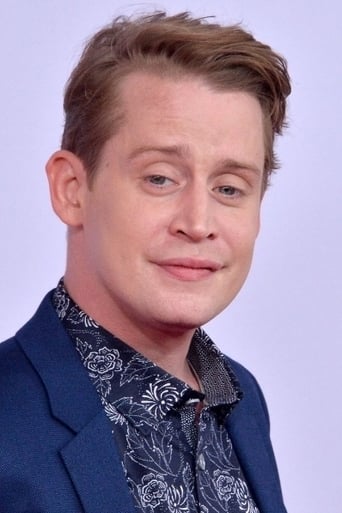 Macaulay Carson Culkin (born August 26, 1980) is an American actor, musician, and web host. He is known for playing Kevin McCallister in the Christmas films Home Alone (1990), which he was nominated for a Golden Globe Award for Best Actor – Motion Picture Musical or Comedy for, and Home Alone 2: Lost in New York (1992). Along with the Home Alone series, Culkin also starred in the films My Girl (1991), The Good Son (1993), The Nutcracker (1993), Getting Even with Dad (1994), The Pagemaster (1994) and Richie Rich (1994). He has been nominated for the MTV Movie Awards and Young Artist Awards. At the height of his fame, he was regarded as the most successful child actor since Shirley Temple. Culkin ranked at number two on VH1's list of the "100 Greatest Kid-Stars" and E!'s list of the "50 Greatest Child Stars". He took a break from acting in 1994, and made his return in 2003 with a guest appearance on the television show Will and Grace and a role in the film Party Monster (2003). He wrote an autobiographical book titled Junior, which was published in 2006. In 2013, Culkin co-founded the New York-based, pizza-themed comedy rock band the Pizza Underground, of which he was the vocalist. They toured in 2014, beginning in Brooklyn on January 24, 2014. On July 10, 2016, Culkin stated that the Pizza Underground was splitting up and their next album would be the last. Culkin is currently the publisher and CEO of a satirical pop culture website and podcast called Bunny Ears.