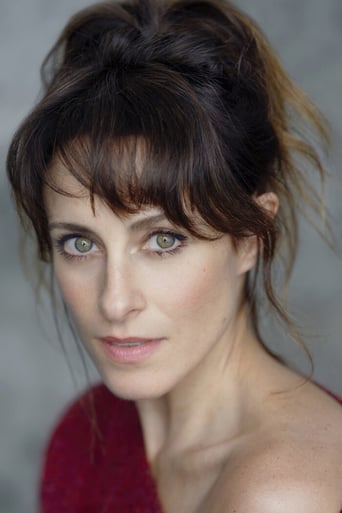 Cordelia Bugeja is a British actress, best known for her roles as Melanie Hart in the soap opera Family Affairs, and the prostitute Kate in Respectable on Five. In 2006, she appeared briefly in an episode of sitcom Not Going Out as waitress Julie. (The producers had said in an interview that they had promised Bugeja a role after she stood in for someone at a read-through, but were forced to give her only a small part as Respectable was taking up most of her time. She appeared in over two dozen British TV commercials, notably the award-winning campaign for Sure antiperspirant with the punchline "Thank god you dumped him first!", and a hugely successful campaign for Yakult yoghurt drink. She had guest roles in The Bill once in 2005, where she appeared as the girlfriend of a man who was holding his dad and three officers hostage at St Hugh's and the second time in 2007 when she appeared in three episodes as Nina Lloyd, the ex partner of CPS solicitor Matt Hinkley who had driven her to a mental breakdown. She has also appeared in Agatha Christie's Poirot as Lilly Luxmore, in Cards on the Table in 2006 and in the Doctors episode Someone Else's Shoes as Branwen Owen in 2013.