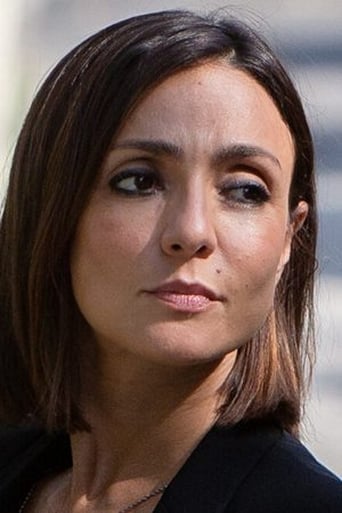 From Wikipedia, the free encyclopedia. Ambra Angiolini (born in Rome, 22 April 1977) is a former Italian TV host and singer in the 1990s, who nowadays mainly works as an actress. On 9 October 1997, she was notably in Dario Fo's car recording an interview with him when a car drew up alongside with an enormous placard in the window exclaiming "Dario, you've won the Nobel prize!", meaning Fo's initial reaction was captured on film Her career began in 1992, at the age of 15, when she took part in the second edition of Non è la Rai. Her first album T'appartengo was recorded in 1994.[4] It included 10 songs. This album was also recorded in Spanish and contained a new song called "Nel cuore, nell'anima". The Spanish production was titled "Te pertenezco". As often happens with Italian singers, the main song "'Te pertenezco' (T'appartengo)" was a success in Spain and other countries such as Colombia, Mexico, Venezuela and Chile. Due to this, Ambra Angiolini was invited to "Viña del Mar" song festival in 1996. In that same year, she recorded Angiolini, which contained ten tracks including "Tu sei", "Ti stravoglio", "Buoni Amici" and "Aspettavo te" (released in 1997 as "We Can Break Away" by the Belgian pop duo Indiana in an English adaptation by Michael Leahy). She continued recording until 1997, both in Italy and in Spain. Her last musical production In canto was released in 1999 but not in Spanish. It sold about 35,000 copies in Italy. She also continued her television hosting career in programmess like Generazione X, Super, Non dimenticate lo spazzolino da denti, Cominciamo bene estate. In the 2000s, she became an MTV host for programmes like Stasera niente MTC. Ambra Angiolini is now an actress; she won the Nastro d'Argento, the David di Donatello and the Ciak d'oro alla rivelazione dell'anno for her role in Saturno contro (2007) directed by Ferzan Özpetek.[3] She starred in Bianco e Nero (2008) directed by Cristina Comencini. Personal life Ambra was born in Rome to Doriana and Alfredo She now lives in Brescia with the singer-songwriter Francesco Renga. They have two children, Jolanda (born 2004) and Leonardo (born 2006).