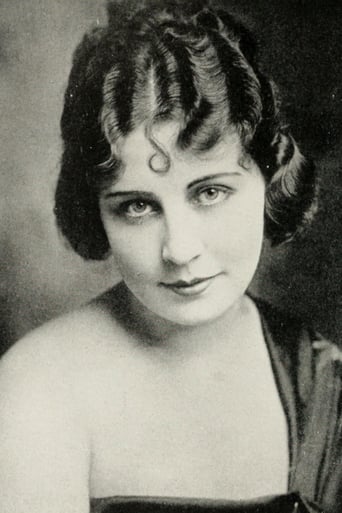 From Wikipedia Dorothy Dalton (September 22, 1893 – April 13, 1972) was an American silent film actress and stage personality who worked her way from a stock company to a movie career. Beginning in 1910, Dalton was a player in stock companies in Chicago, Terre Haute, Indiana and Holyoke, Massachusetts. She joined the Keith-Albee-Orpheum Corporation vaudeville circuits. By 1914 she was working in Hollywood. Born in Chicago, Illinois, Dalton made her movie debut in 1914 in Pierre of the Plains, co-starring Edgar Selwyn, followed by the lead role in Across the Pacific that same year. In 1915, she appeared with William S. Hart in The Disciple. This production came before she left Triangle Film Corporation and was signed to Thomas Harper Ince Studios. While Ince meant to cast her in mature roles, she wanted to play ingénues and claimed she couldn't play women. Her role in The Disciple, however, in which she attracts a man who is not her husband, led to her being cast as a vamp. Her vamp, however, was untraditional in that she vamped unconsciously; in the words of Kay Anthony, "Not because she wanted people to think she was a full-fledged shatterer of hearts before the camera did she make pulses beat hard and fast, but because she couldn't help it: 'I guess I just must have been born that way!' Ince's company was operative from 1919 until his death in 1924. With Ince, she played in The Price Mark and Love Letters, both co-starring William Conklin. Dalton also performed with Rudolph Valentino in Moran of the Lady Letty (1922), and with H.B. Warner in The Flame of the Yukon (1917) and The Vagabond Prince (1916). Dalton's stage career included performances as Chrysis in Aphrodite by Morris Gest in 1920 and on Broadway in The Country Wife.