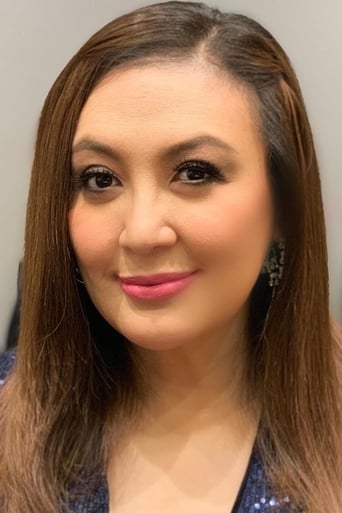 Sharon Gamboa Cuneta-Pangilinan (born January 6, 1966) is a Filipino actress, singer, television host, and commercial endorser. She is referred to as the "Megastar" of the Philippines for her unparalleled success in the entertainment industry. Her career - spanning over 40 years to date - as a multi-awarded film actress, record-breaking singer and concert performer, top-rated television host and one of the highest-paid commercial endorsers, is a testament to her achievements in all facets of the entertainment spectrum. She has starred in 59 films, hosted over 10 TV shows, recorded over 40 albums. She is the only actress to have been elevated to the “Box Office Hall of Fame” in 1990 by holding the Box Office Queen Title five (5) times. She would, later on, hold the most Box Office Queen titles in history with nine (9) recognitions. She has garnered "Best Actress" Awards and 23 nominations as an actress from notable Filipino award-giving bodies such as the Film Academy of the Philippines, FAMAS, the People's Choice Awards, the Metro Manila Film Festival, PMPC Star Awards for Movies, KOMOPB Awards, and the Gawad Genio Awards. 1996 was a particularly notable one as a Grand Slam Year for her for winning as “Best Actress” in all Major Award-giving bodies in the Philippine entertainment scene: PMPC Star Awards for Movies, Film Academy of the Philippines, People's Choice Awards, FAMAS Awards and Gawad Urian. As a singer and concert performer, she is a multiple Awardee with the following under her belt: Gold Record, Platinum Record, Double Platinum Record, Triple Platinum Record, Quadruple Platinum Record, Diamond Record, ALIW Award, AWIT Awards, GMMSF Awards and a Lifetime Achievement Award from the Board of Directors of the Philippine Association of the Recording Industry (PARI). As a Television Host, she has received the “Best Female TV Host” Award from the PMPC Star Awards for Television for “The Sharon Cuneta Show”, the “Best Talk Show Host” for “Sharon” from the KBP Golden Dove Awards and the “Highly Commended Best Entertainment Presenter” for the 2006 Asian Television Awards. Sharon Cuneta's legacy and continued success in all the multiple fields of media and entertainment (film, television, music, live concert performances, commercial brand endorsements) has firmly established her stature as one of the most iconic and beloved celebrity personalties in the history of the Philippine entertainment industry. ... Source: Article "Sharon Cuneta" from Wikipedia in english, licensed under CC-BY-SA 3.0.