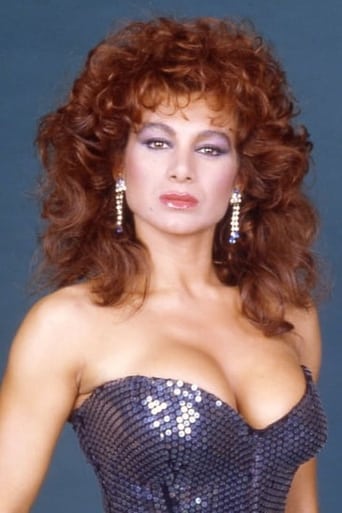 Carmen Russo (born Carmela Carolina Fernanda Russo on October 3, 1959) is an Italian dancer, actress, television personality and singer. Russo started her career as a model in the mid 1970s participating in several beauty contests in Italy. She first came to the public's attention for her roles in the commedia erotica all'italiana, (sex comedy) genre, like in the movies Mia moglie torna a scuola, Giovani, belle... probabilmente ricche and Paulo Roberto Cotechiño, centravanti di sfondamento. She subsequently established herself as a television star in the 1980s with the variety shows Drive In, Risatissima and Grand Hotel. In 2003 and 2006 she also participated in the Italian and Spanish version of the reality show Celebrity Survivor. She won in the Spanish version Supervivientes. During her career she released also three unsuccessful studio albums, Stars on Donna, Le canzoni di "Drive in..." and Una notte italiana and she was also chosen many times as a model for Playmen magazine during the 1980s. Description above from the Wikipedia article Carmen russo, licensed under CC-BY-SA, full list of contributors on Wikipedia.