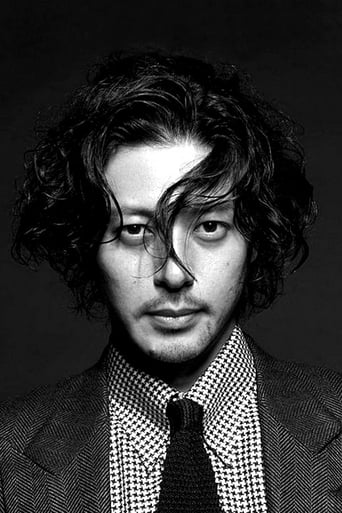 Jō Odagiri (小田切 譲 Odagiri Jō, born February 16, 1976), better known by his stage name Joe Odagiri (オダギリ ジョー Odagiri Jō), is a Japanese actor and musician. South China Morning Post described him as "a rebel, something made evident by his grungy, gothic style" Odagiri Joe was born in Tsuyama, Okayama prefecture, a small town in central Japan renowned for its beautiful cherry blossoms in the spring. Though he was accepted by Kochi University, he turned it down for an opportunity to study in the United States. He had originally intended to study movie directing at California State University in Fresno, but mistakes in the application process landed him in acting classes. It may have been a blessing in disguise, for two years after studying in Fresno and later starring in a few stage performances in Japan, Odagiri would find himself catapulted to fame in his role in the Kamen-Rider series, playing the central character, Godai Yuusuke. He became the predecessor of the "Ikemen Hero" craze (literally, "good-looking actors playing hero roles in popular TV series"). Since then, Odagiri has appeared in many movies and dramas. He won the Best New Actor Award at the 2003 Japan Academy Awards for his role as the uniquely bisexual nemesis in the film "Azumi", and in the following year, was awarded the Best Supporting Actor Award for his electrifying performance in internationally acclaimed director Kitano Takeshi's 2004 film, "Blood and Bones". Odagiri's creative acting skills and strong presence in films have secured him a place in stardom. He is slated to appear in numerous more films in 2005, including "Maison de Himiko", where he portrays a homosexual man in a relationship with the protagonist (played by Shibasaki Kou's father).