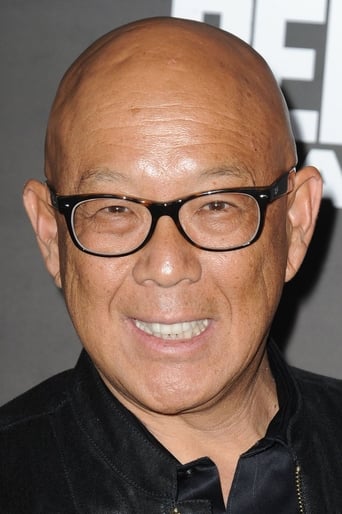 Michael Paul Chan (born June 26, 1950) is an American television and film actor. Some of his recent television work includes Judge Lionel Ping on Arrested Development, Robbery Homicide Division, Dr. Lee in the Joel Schumacher directed "Batman & Robin," the voice of Jimmy Ho on The PJ's, and Detective Michael Tao on the TNT series The Closer. He had a recurring role in The Wonder Years as Mr. Chong. He also played the role of Dr. Louis Rob in Mrs. Harris and appears in the independent film, Americanese. Chan also played the part of the convenience store owner in the 1993 film Falling Down, where he refused to give a discount to Michael Douglas' character when he attempted to purchase a can of soda to get change for the pay telephone outside the store. Recently, he was seen playing the bookie "Andy" on the daytime drama the Young and the Restless. He also provided the voice for an agent of the C.I.A. (Chinese Intelligence Agency) on a 2011 episode of "The Simpsons." He made an appearance on the crime/drama/comedy series "Bones". In 1994, Chan played the character "Roberts" in the episode "The War Prayer" of US TV series Babylon 5. Some of his other movie roles were the Chinese Premier in Megiddo: The Omega Code 2, and as a CIA official, Vincent Vy Ngo, in Spy Game. Chan, a third generation Chinese American, was born in San Francisco, California. He is a founding member of the Asian American Theater Company. He is married with one child. Description above from the Wikipedia article Michael Paul Chan, licensed under CC-BY-SA, full list of contributors on Wikipedia