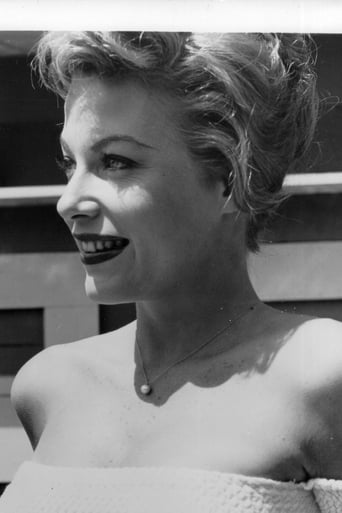 From Wikipedia, the free encyclopedia. June Blair (born Margaret June Blair on October 20, 1933, in San Francisco, California) is an American model and actress. She is best known for being Playboy magazine's Playmate of the Month for its January 1957 issue. Her centerfold was photographed by Hal Adams. Blair made her first television appearance in 1954. Through the rest of the decade, she took supporting roles in feature films and guest-starred in series television, including two episodes, "Performance Under Fire" and "The Dead Ringer" of the 1960-1961 syndicated western series Two Faces West. She was engaged to the singer Nino Tempo in 1957. Blair was the inspiration for his song "Looney over Juney". The next year, she broke off her engagement with Tempo and started dating Lindsay Crosby, Bing Crosby's son. Through the late 1950s, she also dated Dick Sargent, Barry Coe, Mickey Callan, and Bill Holmes, as well as other Hollywood actors. On May 21, 1961, Blair married David Nelson and joined the cast of The Adventures of Ozzie and Harriet. Ricky Nelson was the best man. She had two sons with David: Daniel Blair Nelson in 1962 and Jamie Eric Nelson in 1966. They were divorced in 1975. David Nelson passed away on January 11, 2011. Description above from the Wikipedia article June Blair, licensed under CC-BY-SA, full list of contributors on Wikipedia.