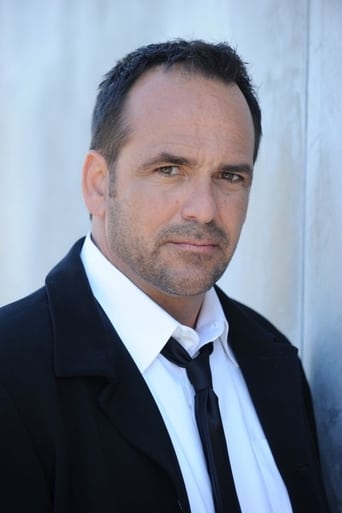 ​From Wikipedia, the free encyclopedia.   Robert Rusler (born September 20, 1965) is an American film and television actor. Rusler was born in Fort Wayne, Indiana, the son of Maria Elena (née Varela) and Richard C. Rusler. He moved to Waikiki Beach in Hawaii, where he started surfing and skateboarding on a semi-professional level, competiting in local tournaments. Then he and his family moved to Los Angeles, where he studied martial arts and entered many competitions. After high school, Robert wanted to try his hand as an actor and began taking acting classes at the Loft Studio with Peggy Feury and William Taylor. His first film was the 1985 hit comedy film Weird Science as Max; he is also well known for his role in the 1985 horror film A Nightmare on Elm Street 2: Freddy's Revenge as Grady and Richard Lawson in the 1991 TV film Stephen King's Sometimes They Come Back. Rusler has starred on some television series, such as the short lived 1990 series The Outsiders as Tim Shepard, and in the 1993 short lives series Angel Falls, but his best known TV role was in the 1990s hit science fiction series Babylon 5 as Warren Keffer in season 2 (1994-1995). He has acted in the 1995 sci-fi video game flight simulator, Wing Commander IV which starred Mark Hamill and Malcolm McDowell. He also recently appeared in an episode of the TV series The Unit. Rusler has made guest appearances on television shows ranging from The Facts of Life, Snoops, Cold Case, Medium, The Unit, The Closer, 24, Navy NCIS: Naval Criminal Investigative Service, and Enterprise in the season 3 episode "Anomaly" as Orgoth. He has appeared in a Heineken commercial directed by Oliver Stone. Description above from the Wikipedia article Robert Rusler, licensed under CC-BY-SA, full list of contributors on Wikipedia.