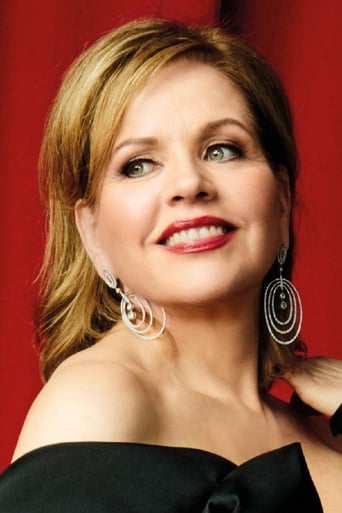 Renée Lynn Fleming (born February 14, 1959) is an American soprano, known for performances in opera, concerts, recordings, theater, film, and at major public occasions. A recipient of the National Medal of Arts, Fleming has been nominated for 17 Grammy Awards and has won four times. Other notable awards have included the Chevalier de la Légion d'Honneur from the French government, Germany's Cross of the Order of Merit, Sweden's Polar Music Prize and honorary membership in England's Royal Academy of Music. Unusual among artists whose careers began in opera, Fleming has achieved name recognition beyond the classical music world. Fleming has a full lyric soprano voice. She has performed coloratura, lyric, and lighter spinto soprano operatic roles in Italian, German, French, Czech, and Russian, aside from her native English. In 2008, Fleming became the first woman in the 125-year history of the Metropolitan Opera to solo headline a season opening night gala. Conductor Sir Georg Solti said of Fleming: "In my long life, I have met maybe two sopranos with this quality of singing; the other was Renata Tebaldi." Beyond opera, Fleming has sung and recorded lieder, chansons, jazz, musical theatre, and indie rock, and she has performed with a wide range of artists, including Luciano Pavarotti, Lou Reed, Wynton Marsalis, Paul Simon, Andrea Bocelli, Sting and John Prine. A 2018 Tony Award nominee, Fleming has acted on Broadway and in theatrical productions in London, Los Angeles and Chicago. Fleming has also recorded songs for the soundtracks of several major films, two of which won the Academy Award for Best Picture (The Shape of Water and The Lord of the Rings: Return of the King). Fleming has made numerous television appearances, and she is the only classical singer to have performed the U.S. National Anthem at the Super Bowl. Fleming has also become a frequent public speaker about the impact of music on health and neuroscience, winning a Research!America Award for her advocacy in this field. ... Source: Article "Renée Fleming" from Wikipedia in english, licensed under CC-BY-SA 3.0.