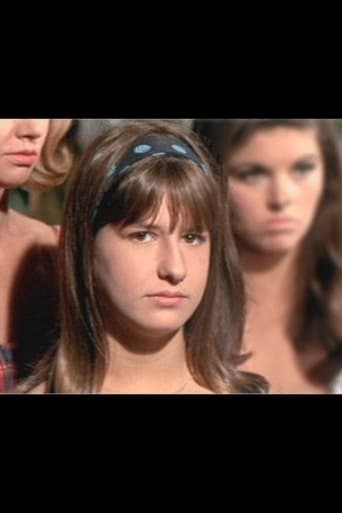 Piccola Pupa, which means "Little Doll," is an enthusiastic, high-spirited singing sensation, dancer and actress. Born in Genoa, Italy, in 1951,as Giuliana Crimilde Coverlizza, she was destined for stardom. Piccola won a rock-and-roll contest when she was 4-1/2 years old, was a headliner at the Meuretto D'Alassio (a Ligurian Riviera showplace) at age 6, and was on BBC television in London, "This Is Your Life" (1961), at age 10. (It was at this time that Piccola started learning English; she would be fluent in English by the time she was 13.) Danny Thomas saw Piccola's appearance on BBC TV in 1961, and it made a lasting impression on him; 2 years later he wired Piccola and her mother in Genoa, and asked Piccola to do a show with him when he would be in Venice. Danny Thomas later brought Piccola to the USA several times, to be on his TV series; Piccola also did an engagement at the Sands Hotel in Las Vegas. Piccola also worked the Hollywood Palace with Dean Martin, and appeared on "The Ed Sullivan Show"; she also sang with the Nelson Riddle orchestra in San Diego. It had been alleged that when someone had asked Piccola, when she was 13, if she wanted to study dramatics, she answered, "No, I am an actress already." But Piccola denied ever having said this, in a 1965 interview with Dick Clark on "American Bandstand." Piccola got more national exposure in the beach movie "The Ghost in the Invisible Bikini" (1966) where she sings and dances "Stand Up and Fight" for what you think is right; that popular movie is still being shown often on cable-TV nowadays, and new generations of fans are discovering and appreciating Piccola. Eventually, Piccola left show business voluntarily, and got married; her son Max was born in 1973. - IMDb Mini Biography By: April Nyree Dawn