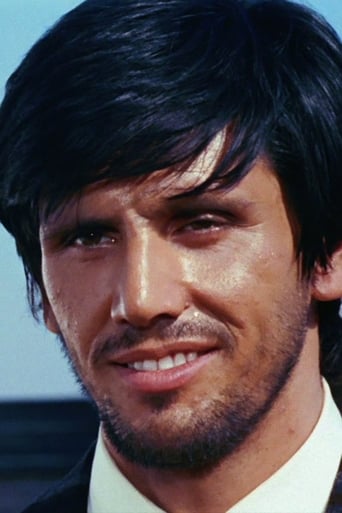 George Eastman (born Luigi Montefiori; August 16, 1942) is an Italian B-movie actor and screenwriter. Eastman was born in Genoa, Italy. He took his Americanized alias "George Eastman" when he was cast as a "heavy" in many spaghetti westerns made in the late 1960s and early 1970s. In 1972 he performed the villain in the movie The Call of the Wild together with Charlton Heston (directed by Ken Annakin). Eastman later became a regular performer in many movies directed by Joe D'Amato, for whom he also became a screenwriter. He was a very familiar face in Italian B-cinema in the early 1980s, being generally cast as the villain, thanks to his height (he is 6'9" tall) and his dark and menacing looks and exaggerated acting style. His most famous movie is the gory horror film Anthropophagous, directed by Joe D'Amato in 1980. He appeared in the 1985 biblical film King David as Goliath for a flashback. In 1986, he performed as Stefano in the movie Regalo di Natale, directed by Pupi Avati. Eastman quit acting in the late 1980s to concentrate on his writing assignments. He is now a decently-rated author in Italian television and only holds occasional roles. In 2003, he was one of the main characters in the movie La rivincita di Natale directed by Pupi Avati. From Wikipedia, the free encyclopedia