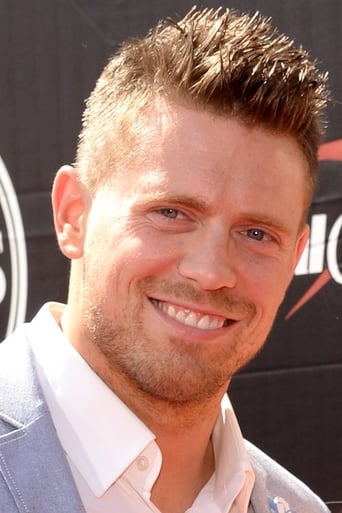 Michael "Mike" Gregory Mizanin is an American professional wrestler, reality television star, media personality, and actor better known by his nickname and ring name The Miz. He is currently signed to WWE where he is the reigning Intercontinental Champion. Mizanin first gained fame as a cast member on MTV's The Real World: Back to New York, which first aired in 2001, and its spinoff series, Real World/Road Rules Challenge. He later entered the fourth season of Tough Enough, a televised competition that would award the winner a WWE contract, and became the first runner-up. Mizanin has also made appearances on television shows including Battle of the Network Reality Stars, Fear Factor, Identity, Ghost Hunters, Dinner: Impossible, Psych and Are You Smarter Than a 5th Grader?. Mizanin trained and wrestled with Ultimate Pro Wrestling and Deep South Wrestling, where he became the first Deep South Heavyweight Champion. Mizanin was sent to Ohio Valley Wrestling (OVW), working in tag team matches and winning the tag team title, the OVW Southern Tag Team Championship, on one occasion. After signing with WWE, Mizanin became host of the annual WWE Diva Search competition in 2006. Following his hosting duties, Mizanin made his wrestling debut in September 2006, as a villain who went undefeated. In 2007, was drafted from SmackDown to the ECW brand, where he formed a partnership with John Morrison, in which the two held both the WWE Tag Team Championship and the World Tag Team Championship. He was drafted to the Raw brand as part of the 2009 WWE Draft, and won the WWE United States Championship on two occasions. He also won WWE Unified Tag Team Championship with The Big Show and the WWE Tag Team Championship with John Cena. In July 2010, he won a Money in the Bank ladder match at the first WWE Money in the Bank pay-per-view, earning a contract for a WWE Championship match, which he used in November to win his only WWE Championship. In 2011, The Miz was ranked number one on Pro Wrestling Illustrated's annual PWI 500 list.