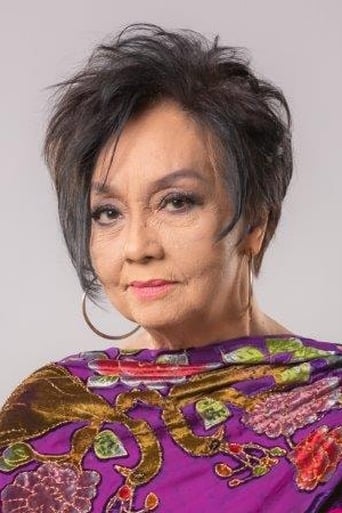 Maria Cecilia Rodriguez (born March 17, 1938) is a multi-awarded Filipina actress. She appeared in more than 130 movies and television shows. She won four FAMAS Awards in the films Kulay Dugo Ang Gabi, The Passionate Strangers, Lilet and Magnifico. She also received an award for Best Supporting Actress in the Metro Manila Film Festival for the movie Bulaklak Sa City Jail (1984). Rodriguez joined the movie industry in the late 1950s, appearing in Sa Ngalan Ng Espada (1958), and Shirley, My Darling (1958). She performed in movies such as Lilet, released in 1971, Super Gee (1973) and Mrs. Eva Fonda, 16 (1976). She was known as the original Valentina in Darna movies. She was included in the GMA-7 TV sitcom Who's Your Daddy Now? (2007) and the romantic-comedy series I Heart You, Pare! (2011) starringDingdong Dantes and Regine Velasquez.