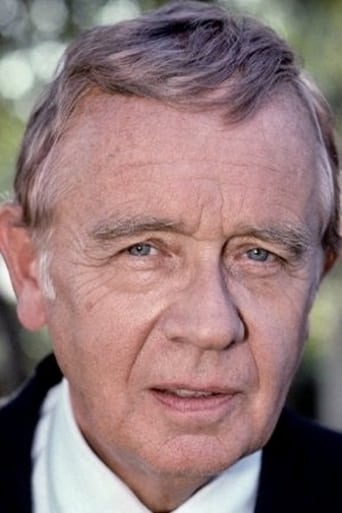 From Wikipedia, the free encyclopedia. Warren Frost (born May 25, 1929) is an American actor. His work has mainly been in the theatre, but has worked in movie and television sporadically since 1958. He is known for roles in Twin Peaks, Matlock, The Larry Sanders Show, and Seinfeld. He is the father of novelist, television screenwriter, and producer Mark Frost, actress Lindsay Frost and writer Scott Frost. Frost spent much of his career in the Twin Cities, teaching at the University of Minnesota and serving as Artistic Director of The Chimera Theater in St. Paul. He had a small yet memorable role in the film adaptation of Slaughterhouse Five, which was filmed in the Minneapolis area. His Hollywood work in Twin Peaks, Matlock, etc., was essentially his second career, following his retirement from teaching and stage direction. Description above from the Wikipedia article Warren Frost, licensed under CC-BY-SA, full list of contributors on Wikipedia.