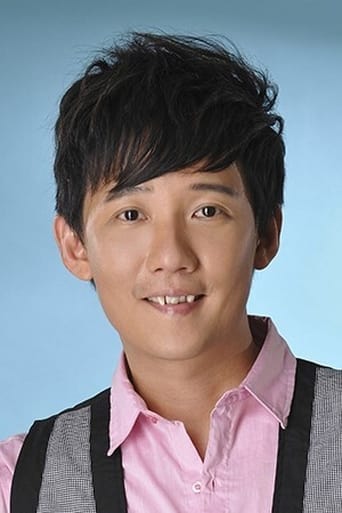 Tan Kheng Seong (Simplified Chinese: 陈庆祥), better known by his stage name Ah Niu (Chinese: 阿牛), is a Malaysian Chinese singer in Malaysia and Singapore. In 1997, his popularity was restricted to mainly Malaysia and Singapore, until Richie Jen (Traditional Chinese:任賢齊, Taiwanese singer) sung his song (Dui Mian De Nü Hai Kan Guo Lai- " direct translation = Look over here, girl in front of me") which became widely popular.[1] In December 1998, Rock Records sent Ah Niu to expand his singing career in Taiwan. He quickly gained popularity with the Taiwanese masses with his brand of quirky, folk-ish songs that mainly focused on his daily life as a kampung boy in Malaysia and unrequited love. His popularity gained even more momentum when the likes of Rene Liu and Karen Mok requested Ah Niu to compose songs for them which steadfastly placed him as a firm staple not only in Taiwan, but also in China and Hong Kong. Ah Niu has been a special guest for many concerts around Hong Kong, China and Taiwan. Ah Niu had his first solo concert in Malaysia Genting Highland after 18 years of debut on 28 February 2015 with a total of 5,000 audience and with Richie Jen as the concert's special guest. He also starred in the movie Para Para Sakura by Aaron Kwok in 2001. He studied in Chung Ling Butterworth High School and went on to Inti College, Kuala Lumpur [Majoring in Film & Theatre (Drama Course), Mass Comm].