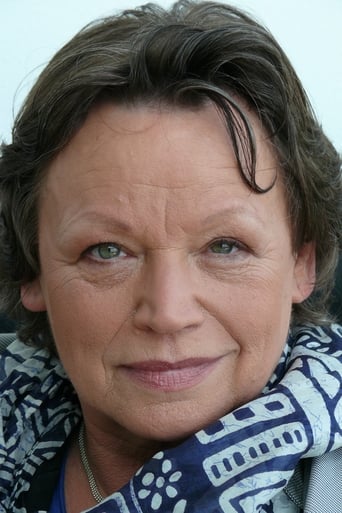 Ursula Werner grew up in Berlin-Prenzlauer Berg. She first learned the carpenter's trade in the collective 'Wilma Rudolph' in Adlershof. After studying at the State Drama School in Berlin, today's Ernst Busch Academy of Dramatic Art, her first engagements took her to the Landestheater Halle an der Saale and to the Berlin cabaret Die Distel. From 1974 to 2009 Werner was a permanent member of the Maxim Gorki Theater in Berlin. She can still be seen as a guest performer on the Gorky stage. At DEFA, her role as Dr. Unglaube in the film A crazy scent of fresh hay (1977) is particularly remembered. From 2001 to 2007 she stood in front of the camera as Ms. Mell in a constant supporting role in the series Schloss Einstein. After a few minor roles in film and television, Ursula Werner returned to the spotlight in 2008 in the lead role in Andreas Dresens Wolke 9. In Wolke 9, she embodied a woman who, in her late 60s, leaves her older husband for an even older man. The aim of the film is to show that love and sex don't just stop when you get older. For this extraordinary achievement, she received the German Film Prize in 2009 for the best female leading role.