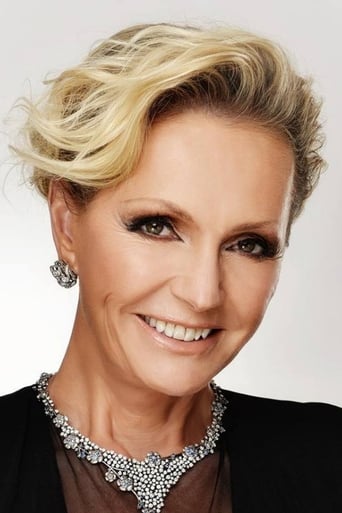 Helena Vondráčková (born 24 June 1947, in Prague) is a Czech singer whose career has spanned five decades. Vondráčková spent her childhood years in the town of Slatiňany. She took piano lessons from an early age. In 1964 Vondráčková came to prominence when she won a national talent contest that 27 of April then that 3 of September she made her first recording: a Czech rendering of "Red River Valley" entitled "Červená řeka" ("Red River Valley"). In 1965, the year she graduated high school, Vondráčková was voted the most popular singer in Czechoslovakia by the readers of the magazine Mladý svět earning the Golden Nightingale award for the only time in her career although Vondráčková would subsequently earn second or third place a total of twenty-seven times with eleven Silver Nightingale awards and sixteen Bronze Nightingale awards. In the summer of 1966 Vondráčková began her music festival career competing in the inaugural Bratislavská Lýra festival as a duo with Marta Kubišová: their entry "Oh Baby Baby" earned the second-place Silver Lyre award. Vondráčková's music festival debut as a solo act was at the Rio de Janeiro International Music Festival in November 1967 where her entry "Vzdálený hlas" received the Golden Rooster award: in June 1968 Vondráčková returned Bratislavska Lyra in a duo with Waldemar Matuška and a resultant Bronze Lyre award for their entrant "To se nikdo nedoví" and in 1969 Vondráčková participated in the 1969 European Cup Festival in Knokke Belgium. Having reached #2 on the Czechoslovakian hit parade with the Kubišova duet "Oh Baby Baby", Vondráčková reached #1 in September 1967 with "Nedoufej" a rendering of the Sonny & Cher hit "Little Man": this was one of a number of Czech language cover versions Vondráčková cut for the Supraphon label, others being ""Pátá"" ("Downtown"), "Chytila Jsem Motýlka" ("I Only Want to Be with You") and "Růže kvetou dál", a rendering of the Gilbert Becaud hit "L'Important c'est la Rose" which afforded Vondráčková a second #1 in November 1967 and remaining in the Top Ten until March 1968. Vondráčková returned to the Top Ten in 1968 with "Hej, Pane Zajíci!" a duet with Marta Kubišova and also with a Czech-language rendering of "Gli Occhi iei" entitled "Utíkej". Vondráčková's debut album appeared in 1969: entitled "Růže kvetou dál it was a compilation of her singles released from 1964 on. (Wikipedia)