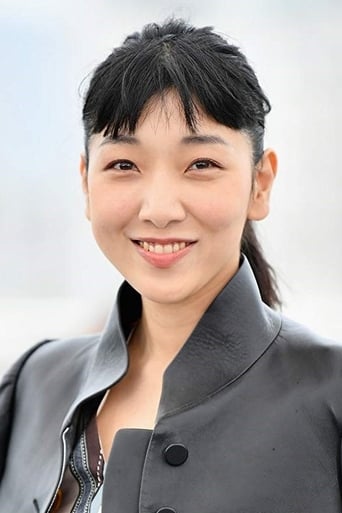 With parents in the show business perhaps it is not surprising that Sakura Ando would become an actress and, moreover, also end up marrying an actor. She was born to actor/director Okuda Eiji and celebrity Kazu Ando on 18.02.1986. Her great grandfather was prime minister Tsuyoshi. Her older sister is director Ando Momoko. She saw her father on stage at age five and decided to become an actress while in second grade. She was often ill as a child. Her disease made her dizzy, lose her balance and more throughout her childhood. Her brain would shut down. She would opt for her mother's maiden surname for her professional career. Sono Sion picked her for his film Love Exposure and gave her a major start on the big screen. She won an award as the Best Supporting Actress for her work in it at the 31st Yokohama Film Festival. Earlier her father cast her in his film Kaze No Sotogawa ('Outside The Wind') alongside her mother and sister. She has since appeared in multiple movies and serials and won several more awards. She married actor Emoto Tasuku in 2012. She had met him on a train in 2008 and had obtained her father's permission to date and marry. She was a boxer in 100 Yen Love, which was fortunate since she had practiced boxing when she was fourteen-years-old. She gave birth to her first child, a girl, in 2017. She won the award for Best Actress at the 42nd Japan Academy Prize for her work on 2018's Shoplifters. By then she was considered one of several top young actresses in Japan next to Yu Aoi, Miyazaki Aoi and perhaps Aso Kumiko. Interestingly, she had earlier decided to retire and focus on raising her child. She is a graduate of Gakushuin Women's College.