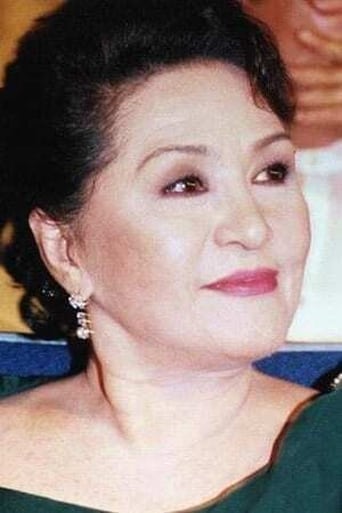 Dorothy Acueza Jones, (January 6, 1936 – November 7, 2001) popularly known by her stage name Nida Blanca, was a Filipina actress. She starred in over 163 movies and 14 television shows and received over 16 awards for movies and six awards for television during her 50-year film career. She was named one of 15 Best Actress of all Time by YES magazine. Born as Dorothy Acueza Jones in Gapan City, Nueva Ecija, Philippines (then a U.S. territory) to an American soldier father and a Filipina mother, she appeared in her first film at age 14. Actress Delia Razon successfully urged the head of LVN Pictures, Doña Sisang de Leon to hire Blanca. She was screen tested on October 6, 1950 by LVN Pictures where she reigned as queen for more than a decade, doing mostly comedies opposite the late Nestor de Villa. In the movies, she has played everything from a guy-punching lesbian to a nun. She also starred in the hit TV comedy series, John En Marsha, where she played the wife who sticks by her poor husband despite her rich mother's constant harping. In 1958, she appeared opposite her contemporary, noted singer/actress Sylvia La Torre, and Leroy Salvador, in the LVN movie Tuloy ang Ligaya. Blanca was married twice. She separated from her first husband, Victorino Torres when their daughter Kaye was only two years old. She later married her second husband Roger Lawrence Strunk (1940-2007), an American singer and actor, known by his screen name, Rod Lauren in Las Vegas in 1979. The couple relocated to Manila.