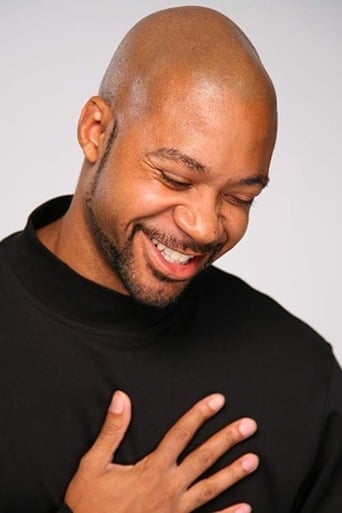 Chuck Johnson is an international action film actor based in Tokyo, Japan. He A native of Michigan, he began martial arts training with Olympic Taekwondo at the age of 15. With a fanatic training schedule, he received his black belt in 2 1/2 years, and 6 days later became the Michigan State Junior Olympic Taekwondo champion for both sparring and forms. He went on to become a US non-Olympic national champion for Taekwondo, and also competed in both Tokyo, Japan, and Hong Kong, becoming the 2001 Inter-collegiate champion of Hong Kong, when he had originally only come to the competition to watch. After moving to Tokyo, he started off working as a bodyguard for visiting international celebrities working on security teams for everyone from Sylvester Stallone and Orlando Bloom to Jackie Chan and Kim Hee Sun (of Korea). His action career began in 2004 when he was scouted by a talent agency for his martial arts skill and was cast in Godzilla: Final Wars. While on set, he met Japanese action director, Yuji Shimomura and shortly after began his study of East Asian style fight choreography under his tutelage along with action directors, Go Ohara, and Kiyokazu Tanaka. In 2005, he began to study Method Acting under acting coach Shelley Mitchell, and went on to also study the Meisner method. In addition to holding the rank of master in Olympic Taekwondo, Chuck is also ranked in Capoeira, Karate, Kobudo, and Judo, and has studied Wing Chun Kung Fu, Hapkido, Hanmudo, Krav Maga, Boxing, Kickboxing, and Tai Chi. He has appeared in over 50 dramas, films, commercials and video games in Asia and in the states, and can speak, read and write in Chinese, Japanese, and Korean.