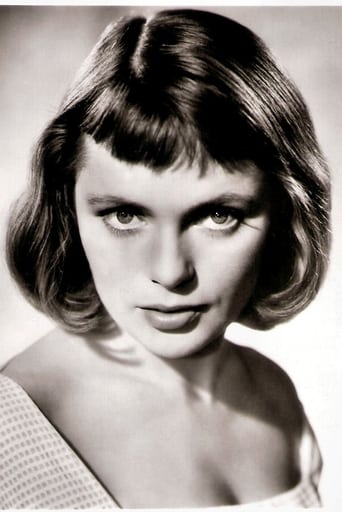 From Wikipedia, the free encyclopedia Ulla Jacobsson (23 May 1929, Mölndal – 20 August 1982, Vienna, buried at the Wiener Zentralfriedhof) was a Swedish actress who is perhaps best known for playing one of the very few female roles in the film Zulu. Jacobsson was born in Gothenburg, Sweden. Originally a stage actress, she started appearing in English language films in the early 1960s and tended to play serious and anxious looking characters. She first become known internationally for nude scenes in One Summer of Happiness. Other notable roles include Ingmar Bergman's Smiles of a Summer Night, The Heroes of Telemark and la Servante. A role in the American film Love Is a Ball was an attempt to make her a sex symbol. She won the German Film Award for Supporting Actress in Alle Jahre wieder (1967). She was married to Austrian ethnologist Hans Winfried Rohsmann (1918–2002). Jacobsson's film career tailed off in the 1970s, and she died in Vienna, Austria from bone cancer at age 53. Description above from the Wikipedia article Ulla Jacobsson, licensed under CC-BY-SA, full list of contributors on Wikipedia. ​