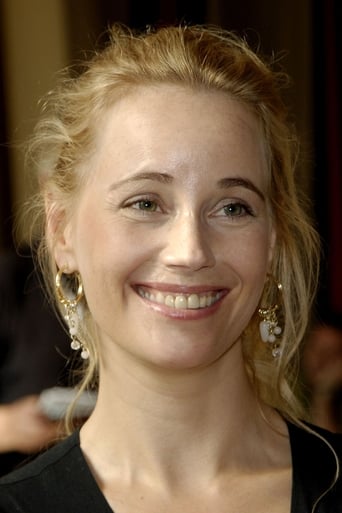 Sofia Margareta Götschenhjelm Helin (born April 25, 1972 in Hovsta in Närke, Örebro) is a Swedish actress best known for the Guldbagge nomination she got for her role in Dalecarlians (Swedish: Masjävlar). Sofia Helin graduated from the Theater Academy in Stockholm in 2001. In 1994-1996 she went to Calle Flygares theater school. She has lived in Linghem outside Linköping. She has played in several films, including At Point Blank (Rånarna) where she had the leading role of chief inspector Klara. In 2004 she had another leading role as Mia in Masjävlar. It was in that movie she made her breakthrough. In 2007 she got a further leading role as Cecilia Algottsdotter in Jan Guillou's The Knight Templar (Crusades trilogy) about Arn Magnusson. She is also included in the new Swedish animated movie Metropia, which was released in the cinema in October 2009. Description above from the Wikipedia article Sofia Helin, licensed under CC-BY-SA, full list of contributors on Wikipedia.