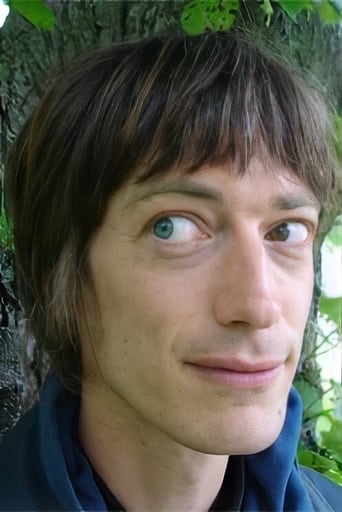 Jacob Rolfe is an actor, known for Trailer Park Boys (2001), Trailer Park Boys: The Movie (2006) and Trailer Park Boys: Don't Legalize It (2014). Outside of acting, Rolfe is a printmaker, cook, and illustrator, using both traditional and digital techniques. His studio is called Floating World Studio, and his work has been shown in Canada, the United States, and New Zealand. Rolfe's work is quite stylized, often using psychedelic designs, with themes that include political and environmental messages. These themes are particularly evident in the work created for Newfoundland-based band The Idlers, for whom Rolfe has created numerous promotional materials, as well as album cover art. Rolfe's eyes are heterochromatic, with his left eye being partially brown and partially blue.