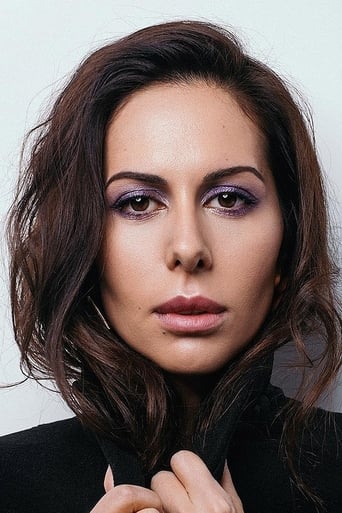 Sabina Akhmedova joined Moscow's Institute of Modern Arts when she was 16. During the four year program, she studied with members of the well-known Moscow Art Theatre, founded by acting legend Constantin Stanislavsky. She made her stage debut in Tennessee Williams's "Summer and Smoke" as Rosa Gonzalez. Other performances soon followed, such as Alexander Pushkin's "Small tragedies" and Federico García Lorca's "The house of Bernarda Alba". After graduation, she was promptly recruited by Stas Namin's "Music and Drama Theatre" as a lead actress, where she not only performed in dramatic plays, but also in lively musicals, such as "Hair" and "Jesus Christ Superstar". Her movie debut was as Irina, a romantic girl-next-door in "Christmas Gift" (2001). Other films and TV projects followed, including "Bachelors" and "Ivlampia Romanova". She rose to fame in MTV's comedy "The Club", where she played series regular Tamara for five seasons. This led to her most acclaimed role to date, Lana, in "Diversant 2". The year 2006 found Sabina continuing her studies at the Lee Strasberg Institute in Los Angeles. A versatile actor, Sabina has recently played Goneril in William Shakespeare's "King Lear" at the Strasberg's Marilyn Monroe Theatre, and can be next seen as Amy in the independent feature "Taxi Man".