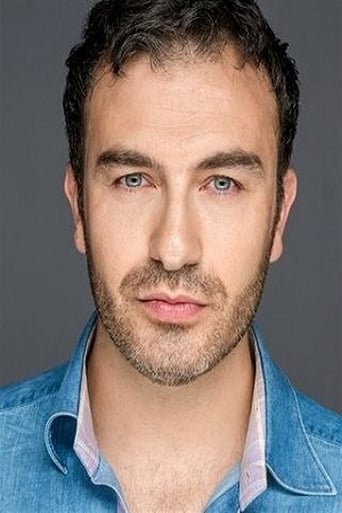 By IMDb Sebastien is a multilingual actor (English, French, Russian and Armenian) with an unusual career-path. Formerly a criminal investigator and legal practitioner, he took his first steps on stage in Nice (France) in 2008. After a few years in French theater, where he performed both in classical and contemporary plays, he became drawn to cinema by playing different characters in France, UK and Russia. Born in Erevan (Armenia), Sebastien was educated in the Russian school. He trained for 10 years at a karate club from the age of 12. Sebastien went on to become a black belt and three-times karate champion of Armenia. He attended the law faculty at the Superior School of the Armenian Ministry of Interior where he was awarded the equivalent of a Masters Degree in penal law, specializing in criminal investigation. He quickly distinguished himself in the use of firearms. At his final marksmanship exam Sebastien obtained the highest score, 30 out of 30. The following years were spent working as a police inspector, police criminal investigator and at the age of 23, the equivalent of an FBI criminal investigator. Sebastien decided to abandon his career in the police force and accomplish his childhood dream by attending university in France. Upon graduation, Sebastien embarked on a 9-year legal career working in various law offices in Aubagne, Nice and Paris. Finally, Sebastien joined a theater company in 2008 in France. He was rapidly recognized as a talented actor and began his acting career with the Romanizza Theater company of the Port of Nice. He performed in various in-house creations and would soon be cast in important roles. Following the encouragement from his coaches, Sebastien settled in Paris and began training in the American Meisner Technique. He also traveled to UK to hone his craft further with renowned coaches from DRAMA CENTRE and LAMDA. Since 2012 Sebastien is totally dedicated to his acting career concentrating mainly on cinema.