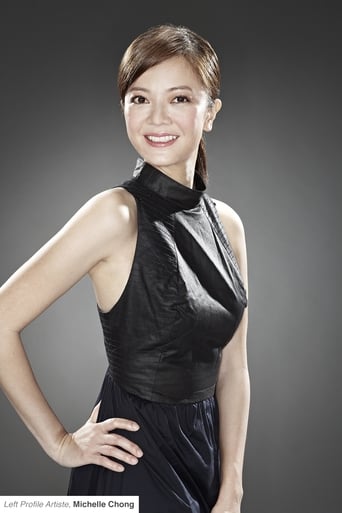 Chong studied in CHIJ St Nicholas Girls' School, Dunman High School and Victoria Junior College where she took drama as a subject. Her drama teacher recommended her to Bates College, a top liberal arts college in Maine, USA where she studied theatre for a year. She also subsequently studied in the National University of Singapore. She was voted by FHM readers as one of the world's top 30 sexiest women in 2002 and 2003. Chong won the Elle Actress of the Year Award (2008) and the Asian Television Awards' (ATV) Best Comedy Performance (Highly Commended) Award (2008) for her portrayal of Beh Li Choo, a butcher in the popular Peranakan dramedy, Sayang Sayang. Chong is also famous for portraying a celebrity maid, Leticia Bongnino. In 2011, Chong took seven months of sabbatical leave to set up her own film company, Huat Films, and produced her first film as director, screenwriter and actress: Already Famous starred her, Taiwanese singer Alien Huang as well as other local celebrities who were cameo appearances in the film. In 2012, Chong started artiste management agency Left Profile, which will manage her, Pornsak and Lee Teng. Already Famous was selected as the Singaporean entry for the Best Foreign Language Oscar at the 85th Academy Awards, but it did not make the final shortlist.