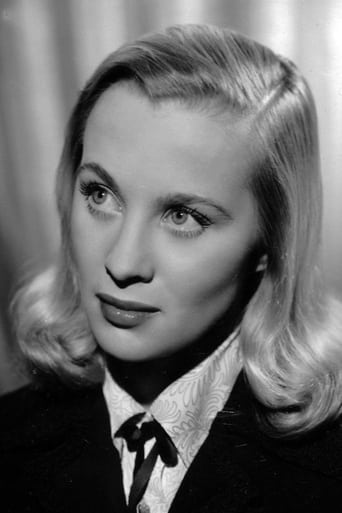 Mai Elisabeth Zetterling ( May 24, 1925 – March 17, 1994) was a Swedish actress and film director. She began directing in the early 1960s, starting with political documentaries and a short film called The War Game (1962), which was nominated for a BAFTA award, and won a Silver Lion at Venice. Her first feature film Älskande par (1964, "Loving Couples"), based on the novels of Agnes von Krusenstjerna, was banned at the Cannes Film Festival for its sexual explicitness and nudity. Kenneth Tynan of The Observer later called it "one of the most ambitious debuts since Citizen Kane." It was not the only film she made that would stir up controversy for its frank sexuality (early pioneer on voyeurism). When critics reviewing her debut feature said that "Mai Zetterling directs like a man," she began to explore feminist themes more explicitly in her work. The Girls, which had an all-star Swedish cast including Bibi Andersson and Harriet Andersson, discussed women's liberation (or lack thereof) in a society controlled by men, as the protagonists compare their lives to characters in the play Lysistrata, and find that things have not progressed very much for women since ancient times.