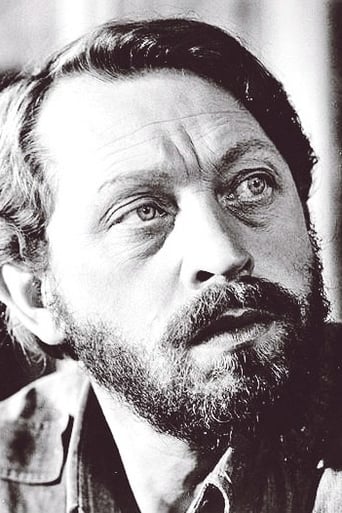 Jiří Zahajský (19 January 1939, Mšeno - 19 July 2007, Prague) was a Czech actor and dabér. He was a member of the Theater in Vinohrady, Theater behind the gate and longtime member of the Prague Drama Club. He played in a number of Czech films of both serious and comedic. Jiri Zahajsky was born in Mšeně near Mělník. As a child, he showed a tendency to acting when he played in the amateur performance of Snow White by Dwarf Dwarf. After the war, the Zahajski family moved to Děčín. As a student, he was playing a very good ensemble of amateurs under the direction of director Hipia. He recognized Zahai's talent and negotiated his studies at E. Burian. Zahajsky then studied at the DAMU and became a member of the Vinohrady Theater (1961-1965). In 1965 Zahajsky became a member of the Theater behind the gate, where he played together with Vladimír Menšík for example in the Maskary of Ostende. In 1972, the Administrative Theater behind the gate was canceled and Zahajský and Libuší Šafránková left for the Činoherní klub. His colleagues included Petr Čepek, Jiřina Třebická, Josef Somr, Jiří Kodet, Jiří Hrzán and others. Jiri Zahajsky made mainly small characters in film and on television. Unforgettable is his character, Inspector Trachta of the comedy Dissolved and launched. He created several roles of criminologists, his beard gave him the opportunity to perform the roles of the grooms, he played in the roles of his fathers (TV series Křeček in the nightgown). Daddy also played in a number of television fairy tales especially in the 1980s. Jiri Zahajsky was for 31 years a life partner of TV advertiser Kamila Moučková, since 1992 she was the fourth husband of actress Jana Brejchová. Jiri Zahajsky died in Prague after a long fight with prostate cancer on July 19, 2007. (Wikipedia)