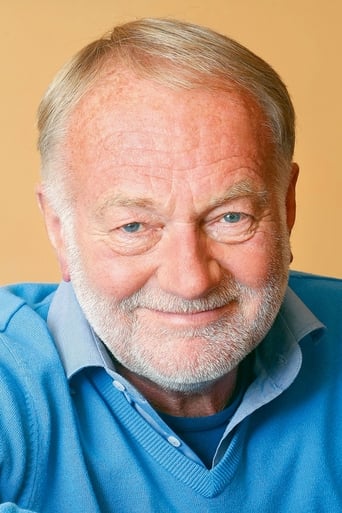 Luděk Sobota (born 27 May 1943, Prague) is a Czech stand-up comedian and actor. He studied at Faculty of Theatre. He had his own theatre in Prague, Divadlo Ludka Soboty (Theatre of Luděk Sobota), which was located near the metro station I. P. Pavlova. He was in a comedy trio with Petr Nárožný and Miloslav Šimek. He is also known for providing voice-acting for the protagonist in the Polda video game series. He graduated from the transport industry school, then graduated from the Prague DAMU. Although he had the ability to play well and character roles, his own domain became a comic, especially author, based on his own texts and improvisation. He first recognized such a work in the collective creative spirit of the Ypsilon ensemble under the direction of Jan Schmidt, where he played since 1968. In the general public he became the main actor in the film Jáchyme, throw him into the machine !. Between 1973 and 1990, he worked in the Semafor theater in Prague, where he performed the type of his subtle whisper in the scenes with Miloslav Šimek and Petr Nárožný. A number of these sketches were also released on Panton's record labels. Between 2006 and 2008, he was conducting his own Prague Dive Theater in Pavlov's Square, where he was an actor, director and author, and played by his wife, Adrian. It was closed for lack of funds. Since September 2010 he has been starring in the TV comedy series The District Revolution as Václav Orel, where he serves as chairman of TJ Slavoj Houslice club. He is married for the second time. From her first marriage to Jana Sobotova, she has a son, Robert (* 1964). From the second marriage to Adrian Sobotova, he has a son Ladislav (* 1988). (Wikipedia translate)