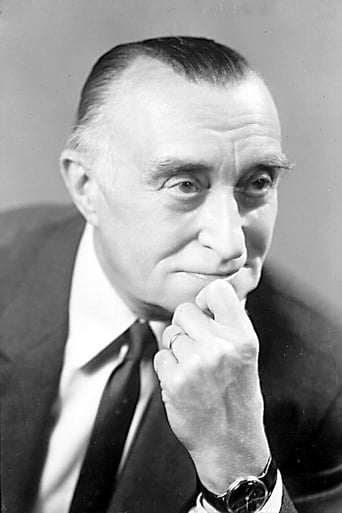 Oldřich Nový was a Czech film and theatre actor, director, composer, dramaturge and singer. He is considered one of the greatest actors of the Czech cinema in the first half of the 20th century.  At the encouragement of his uncle, Miloš Nový, a well-known actor of the National Theatre in Prague, Oldřich joined amateur theatre group "Řemeslnická beseda" and appeared in numerous plays before moving to Brno to direct in 1918.   Following his fifteen year stay, Oldřich  co-founded the "Nové divadlo" (The New Theatre) together with his wife Alice Valentová-Nová.  There he explored new and modern expressions of theatre by combining spoken word with operetta stylings to develop the "musical comedy" genre. In 1937 he met and began collaborating with renowned pre-war director Mac Frič. Their first success came in 1939, with the comedy Kristián, the first of many popular comedies starring Nový. During the German occupation of Czechoslovakia, Oldřich Nový became a target of the Nazi party, both for his celebrity, and his wife’s Jewish ancestry.  In 1944, after refusing to divorce, the couple was imprisoned in the the German concentration camp in Osterode. Following the liberation, Nový worked a dramaturge of Czechoslovakian film until the 1960s, when he began appearing on Czech television in the popular television series, "Taková normální rodinka" (1967-1971). His last theatre role was a title character of the play "Hodinový hoteliér" by Pavel Landovský, directed by Evald Schorm. During this time, Nový again collaborated with Mac Frič to create successful comedies, both conformist and parody, but these films are of minor note to his career. In his later years, Nový lived a life of isolation to avoid his celebrity status, almost never leaving his home.