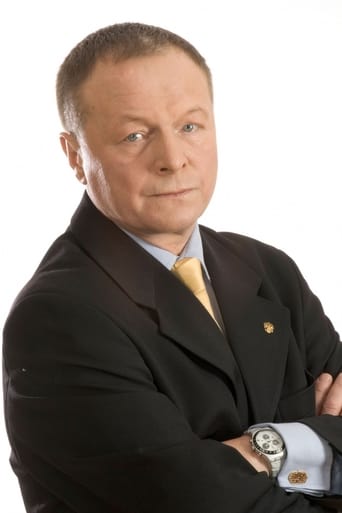 Boris Sergeevich Galkin (born September 19, 1947, Leningrad) is a Soviet and Russian actor and director of theater and cinema, screenwriter, producer, composer. Honored Artist of the Russian Federation (1999). Born September 19, 1947 in Leningrad in the family of a worker Sergei Mikhailovich Galkin (1911-1985) and serving Svetlana Georgievna Galkina (1924-2006). Father's father died in the Great Patriotic War. Grandmother by father, Anna Mikhailovna Galkina, lived 95 years. In 1969 he graduated from the Shchukin Theater School. From 1971 to 1977 he worked as an actor and director in Moscow and Novgorod theaters, including an actor at the Moscow Drama and Comedy Theater on Taganka. In 1977 he graduated from the director's department of higher theater courses at GITIS. Since 1996 - deputy director for the production of the M. Gorky film studio. Since April 2003 - the host of the program "I Serve the Fatherland!" On "First Channel" (since October 2016 - on "OTR"). On June 28, 2005, he signed a letter in support of the verdict of former Yukos executives. " From 2005 to April 18, 2008 he was president of the Guild of Russian Film Actors. He starred in more than seventy films. From Wikipedia, the free encyclopedia