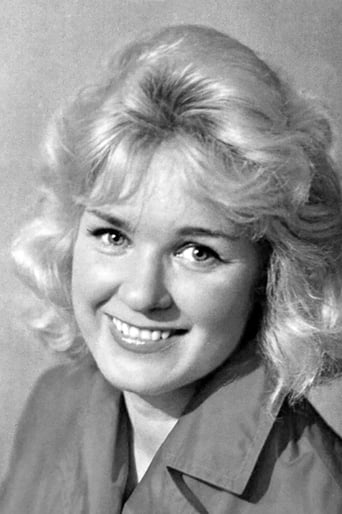 A witty actress, one of the most filmed actresses of the 1950-1980s. She graduated from the Moscow Art Theater School (1954). She graduated from the Higher television directing courses at Central Television (1966), the directing department of VGIK (1971). In the cinema since 1955. From 1957 to 1969 he was an actress of the Moscow Academic Theater of Satire, from 1969 he was a television director, and from 1971 he was an assistant to the director of TO Screen. She did not play the main roles. The second roles became the field of activity of Kharitonova - girlfriends of heroines, girls from a construction site, burly collective farmers, etc. The actress loved them. In each of them she saw a man with a certain fate. I regretted it, sympathized with them, but could laugh as well - to sharpen its character to the grotesque. Starting from the amazing work in the film “Cranes Are Flying”, Svetlana Kharitonova immediately attracted attention. Strict, "cold" Irina Borozdina for the whole world became the embodiment of the Soviet girl-intellectual. And suddenly - the next role, the old woman Thekla in "White Nights" according to the story of Dostoevsky. And next to him is the dreamy fool Klava in the comedy “The Girl Without an Address”, the activist Lisa in “The Defiant”, the in love soldier Varvara in the tragedy “At a Difficult Hour”, the classic idiot Brandakhlystova in “Merry Outstretched Days”, the eccentric “vamp” Elvira in the extravaganza “ Can not be!" Kharitonova proved that she is an amazing actress, synthetic, "piece". Nobody could take her place. Svetlana entered the Moscow Art Theater School-Studio without much difficulty. The creative fate of Svetlana Kharitonova is non-standard. Being a popular, sought-after theater actress, she left the stage on take-off - tired. She went to documentary films, graduated from the directing department of VGIK. She made films about the silk factory, Polenovskaya estate, about the life of the department store, the fate of the teacher in kindergarten. Then she became interested in sports films and created educational films about figure skating, marathon running, freestyle wrestling. Her wonderful film "Teaching Infant Swimming" received the Grand Prix of the VIII All-Union Festival of Sports Films. At the same time, Kharitonova did not leave the acting profession either - she was shot without interruptions. Once after the filming, Svetlana Kharitonova drove the group in her car and hit a passerby. The woman died. There was a court, there were petitions, sureties. Relatives of the deceased also turned to justice - not to be too harsh. The actress was given a suspended sentence and sent to the Vladimir region, where she worked for three years at a reinforced concrete plant. Organized amateur performances. Upon her return, Kharitonova received invitations from Basov, Mikhalkov, Gaidai and again plunged into the element of cinema. She played teachers, railway workers, chairmen, wives of drunks and old bachelors. In any role, the actress was in place. She always wanted to watch, follow her immediate reaction, rejoice or worry together.