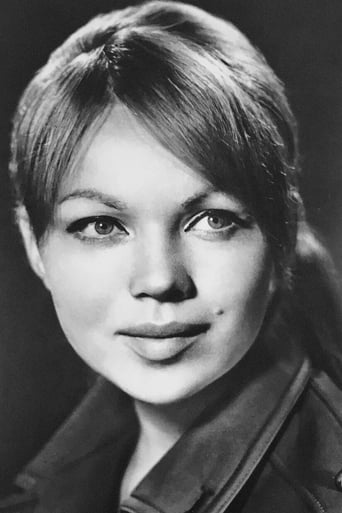 Valentina Telichkina is a Soviet and Russian actress. Laureate of the Lenin Komsomol Prize (1976) and The Vasilyev Brothers State Prize of the RSFSR (1985), Honored Artist of the RSFSR (1976). In the movie, Valentina Telichkina made her debut after the second year of the institute, in 1966, starring in the small role of Dasha in the film "The Taiga Troopers" directed by Vladimir Krasnopolsky and Valery Uskov. In 1967, she starred in the film «The Journalist" by Sergei Gerasimov. Telichkina began to consider her role in this picture to be the main one in life, as it “opened her way to the world of cinema”. In the filmography of Valentina Telichkina more than sixty movies. The most famous are “Five Evenings”, “Autumn Weddings”, “The Beginning”, “First Girl”, “Vassa”, “The Seagull”.