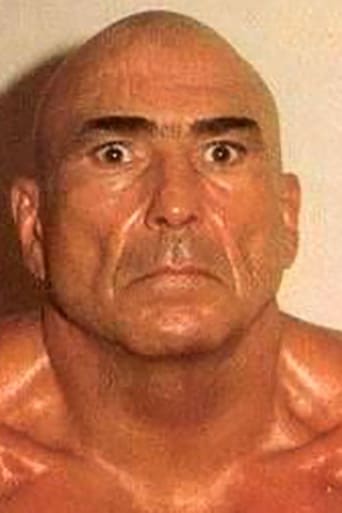 Archibald Edward Gouldie was a Canadian professional wrestler. He wrestled for Stampede Wrestling for decades as Archie "The Stomper" Gouldie, with the nickname coming from the wrestler's reputation of "stomping" on his opponents, when they were down, with his black cowboy boots. He was also known by the ring name The Mongolian Stomper. Early in his career, Archie "The Stomper" Gouldie was a babyface in the Central States territory. He won the NWA United States Heavyweight Championship from Enrique Torres in St. Joseph on Dec. 20, 1963, losing it to Rocky Hamilton on Jan 31, 1964. He regained it on May 22, 1964, only to lose it to Sonny Myers June 12, 1964. He regained it yet again in 1965 from Sonny Myers, and dropped it to Bobby Shane in December in Waterloo, IA. Archie also proved himself to be an accomplished tag team wrestler, winning the NWA North American Tag Team Championship eleven times. His first reign began May 1, 1962, with his last title run coming on Oct 14, 1972. The Stomper teamed up four times with The Viking, three times with Bob Geigel, twice with Rufus R. Jones, once with Danny Little Bear, and once with Bob Ellis for a total of approximately 238 days. Gouldie held the North American heavyweight title a record 14 times between 1968 and 1984, quite a streak of longevity for that time frame. He was also the first champion, defeating former NWA World Heavyweight Champion Pat O'Connor in the tournament finals. Gouldie feuded with British mat technician Billy Robinson, among others, for the title. Although he wrestled as a heel during the majority of his Stampede tenure, Gouldie made a face turn late in 1983 after Bad News Allen turned against Gouldie and his storyline "son", Jeff, during a six-man tag team match and brutalized and injured Jeff (which led to Stampede TV host Ed Whalen to quit the company in protest); the attack led to a bloody feud which climaxed with Gouldie defeating Bad News for the Stampede North American title. Gouldie achieved most of his US fame in this territory, based in Knoxville, Tennessee. He held the NWA Southeast Heavyweight Championship a record eleven times between 1976 and 1981, winning it for the last time against Jerry Stubbs and losing it to Jos LeDuc. He feuded with Robert Fuller and Ronnie Garvin over the title. Gouldie appeared very briefly in Mid South in late-1982, saving Skandor Akbar from an attack by Buck Robley. He only wrestled one or two matches before abruptly leaving the territory. In 1992 Gouldie joined SMW, which, like Southeast, was based in Knoxville, Tennessee. At this point in his career, the Stomper was considered a babyface, teaming with former rival Ronnie Garvin in his feud with Paul Orndorff and feuding with Kevin Sullivan's latest incarnation of evil wrestlers. Gouldie defeated Rob Morgan at the first Bluegrass Brawl in Pikeville, Ky. According to several magazines, Gouldie maintained his shape by riding his bicycle almost everywhere he went, sometimes riding up to 60 miles a day. In 2011, memory issues began. On January 9, 2016, Gouldie fell and broke his hip, which required surgery. After the surgery, he never recovered and died in his sleep on January 23.