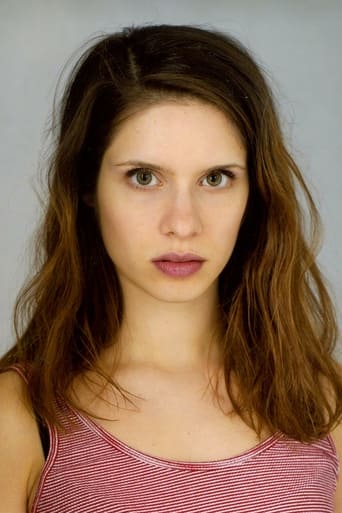 Daphné Patakia grew up in Belgium and graduated from the Greek National Theatre and has since appeared in major stage productions throughout Europe. She is known for Yorgos Zois', INTERRUPTION. The film premiered in the Orizzonti sidebar of the 2015 Venice Film Festival. Next up she plays the starring role gang member, Ioanna, in Constantine Giannaris' new film SPRING AWAKENING aka To xypnima tis anoixis soon to be released in theaters in 2016. She next be seen in Alexandros Voulgaris' upcoming feature film NIMA. Earlier this year Daphné was selected as one of the brightest and best of Europe and announced as one of this years 2016 European Shooting Stars. She was chosen by a jury of top industry experts, to be presented to the film world during the opening weekend at the Berlin Film Festival. : "Daphné is a charismatic presence on the screen, she convinced the jury with her extraordinary focus, her air of mystery and her willingness to express extreme emotions in astonishing ways."