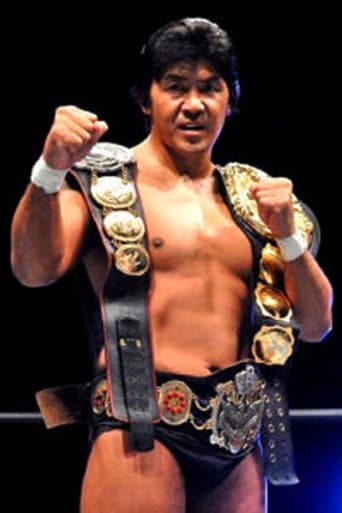 From Wikipedia, the free encyclopedia. Masaharu Funaki , is a Japanese mixed martial artist and professional wrestler who wrestled in New Japan Pro Wrestling, PWFG, as well as the UWF. He is currently performing at All Japan Pro Wrestling, where he is one half of the AJPW Unified World Tag Team Champions, along with Keiji Mutoh. He is also the co-founder of Pancrase, one of the first mixed martial arts organizations and non-rehearsed shoot wrestling promotions (following five years after the inception of Shooto but predating America's Ultimate Fighting Championship). Funaki was also Pancrase's biggest star; Josh Barnett described him as the "symbol of Japan", Frank Shamrock labeled Funaki "the golden boy" of Pancrase, and Guy Mezger called Funaki "hands down the smartest and most skilled fighter in Pancrase next to Ken Shamrock". Not only the organization's co-founder, Funaki was also one of Pancrase's most successful fighters to date, scoring submission victories over numerous MMA champions such as Ken Shamrock, Frank Shamrock, Guy Mezger, Yuki Kondo, Minoru Suzuki and Bas Rutten through the course of his 50-fight career. He is the only fighter in mixed martial arts to hold wins over both Shamrock brothers and Bas Rutten, and was the first man to win the King of Pancrase title twice. Funaki is widely considered to be one of the greatest Japanese fighters in mixed martial arts history according to Sherdog.com  Sherdog.com ranked him as the #1 mixed martial artist in the world for the years 1996 and 1997, and also had him ranked as a top 4 pound for pound fighter from 1993 to 1998. Description above from the Wikipedia article Masakatsu Funaki, licensed under CC-BY-SA,full list of contributors on Wikipedia.