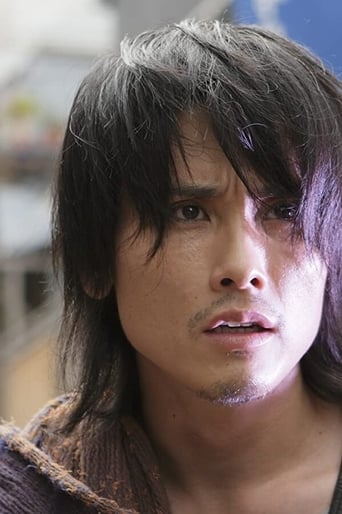 Tak Sakaguchi ( born March 15, 1975), credited prior to May 2014 as Tak Sakaguchi, is a Japanese actor, director, fight choreographer, and stuntman. He is best known for his lead role in Ryuhei Kitamura's cult film, Versus. Sakaguchi is a talented martial artist, and as such, stars in films featuring copious fight scenes and performs all of his own stunts. He is known to be skilled in Bājíquán, Shaolin Kenpo, boxing, kick boxing, and mixed martial arts. Sakaguchi is a Christian. Description above from the Wikipedia article "Tak Sakaguchi"; licensed under CC-BY-SA.