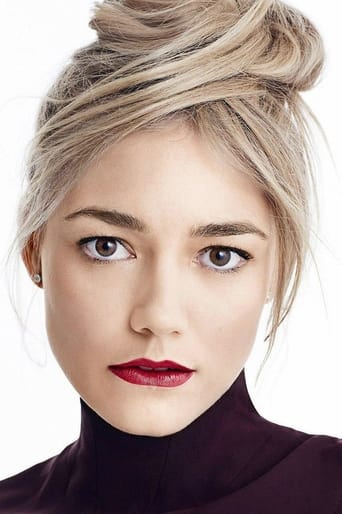 Oksana Akinshina was born in Leningrad, Russian SFSR, Soviet Union (now Saint Petersburg, Russia), where she currently lives. Her father was a car mechanic and her mother an accountant. She has a younger sister. Starting acting at age 12, Akinshina was discovered by Sergei Bodrov, Jr., and she made her screen début in the Russian crime film Sisters (2001), Bodrov's own directorial début.Her second film, Lilya 4-Ever (2001), earned her a 2002 European Film Award nomination for Best Actress. She lost, however, to the eight actresses of the film 8 Women (2002), directed by François Ozon. For her role in Lilya 4-Ever, she also received the award for Best Actress in Leading Role from the Guldbagge Awards, Sweden's national film awards.Since then Akinshina has acted in the films Het Zuiden, directed by Martin Koolhoven, and The Bourne Supremacy (2004), directed by Paul Greengrass. From 2007 to 2010, Akinshina was married to businessman Dmitry Litvinov,[3] with whom she has a son, Filip Litvinov, born 2 June 2009. In 2012, she remarried to film producer Archil Gelovani. On 15 January 2013, Akinshina gave birth to her second son Konstantin, and on 29 January 2017, she gave birth to a daughter.