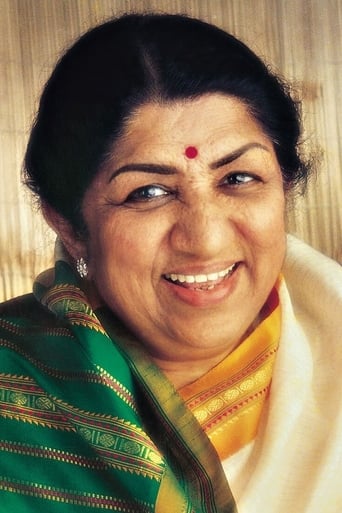 Lata Mangeshkar (born 28 September 1929) is an Indian playback singer and occasional music composer. She is the best-known and most respected playback singer in India. She is referred to as the Nightingale of India and the Queen of Melody. Mangeshkar's career started in 1942 and has spanned over seven decades. She has recorded songs for over a thousand Hindi films and has sung songs in over thirty-six regional Indian languages and foreign languages, though primarily in Marathi and Hindi. She is the recipient of three National Film Awards, 12 Bengal Film Journalists' Association Awards, four Filmfare Best Female Playback Awards, two Filmfare Special Awards, Filmfare Lifetime Achievement Award and many more. The Dadasaheb Phalke Award was bestowed on her in 1989 by the Government of India. She is also the second vocalist, after M. S. Subbulakshmi, to have ever been awarded the Bharat Ratna in 2001, India's highest civilian honour. She was the first Indian to perform in Royal Albert Hall in 1974. She was conferred France's highest civilian award (Officer of the Legion of Honour) in 2007. Due to all of her achievements, many singers and musicians consider her to be one of the greatest female singers in the Hindi film industry. She has four siblings—Asha Bhosle, Hridaynath Mangeshkar, Usha Mangeshkar and Meena Mangeshkar—of which she is the eldest. Description above from the Wikipedia article Lata Mangeshkar, licensed under CC-BY-SA, full list of contributors on Wikipedia.