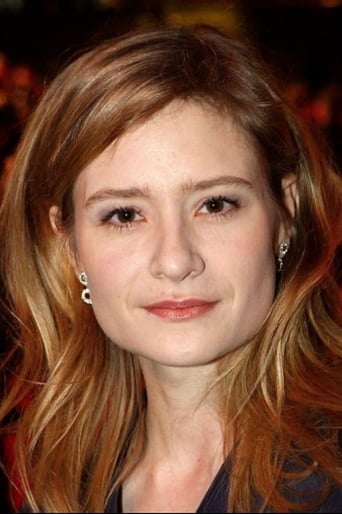 Julia Jentsch (born February 20, 1978) , is a Silver Bear, two-time European Film Award, and Lola winning German actress. She is best known as the title character in Sophie Scholl – The Final Days, Jule in The Edukators and, Liza in I Served the King of England. ​Jentsch was born to a family of lawyers in Berlin and began her acting education there at Hochschule Ernst Busch, a university for drama. Her first prominent screen role was in the 2004 cult film The Edukators, starring opposite Daniel Brühl. Jentsch garnered further attention playing the title role in the 2005 film Sophie Scholl – The Final Days, which was nominated for an Academy Award for Best Foreign Language Film. In an interview, Jentsch said that the role was "an honor".[1] For her role as Sophie Scholl she won the best actress at the European Film Awards, best actress at the German Film Awards (Lolas), along with the Silver Bear for best actress at theBerlin Film Festival.