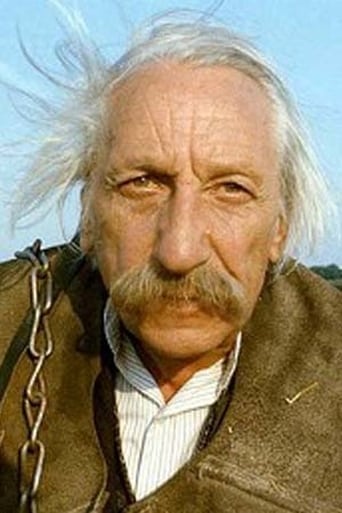 Gustav Opočenský was the son of Bohemian poet and journalist Gustav Roger of Opočenský (1881-1949). Originally, he began to study law, but after closing Nazi colleges in 1939 he headed for the theater, close to art, thanks to his father. He did not undergo any professional training, but after the war he gained his first permanent engagement in the Realistic Theater in Prague (1945-1946). Due to his unbridled inheritance, his father in the mid-1950s came into conflict with the Communist power, he had to go to the theater in Cologne from Pardubice and eventually in 1956 he banned the ban on artistic activity. Then he worked as a miner, later a worker in Stalin's races in Záluží near Most, but at the beginning of the following decade he managed to return to the theater. Subsequent banning of activity silenced Opočenský for twelve years, he reappeared in the film MARATÓN (1968). We can also remind him of his comedic role as an old Nazi in the movie ZÍTRA VSTANU AND I WILL BE TEA (1977). Gustav Opočensky's wife was actress Eva Strupplová (* 1926). Bohemian and artistic family genes also accompany the lives of their two sons, the artist and musician Petr Opočenský (* 1950) and sculptor Pavel Opočensky (* 1954).