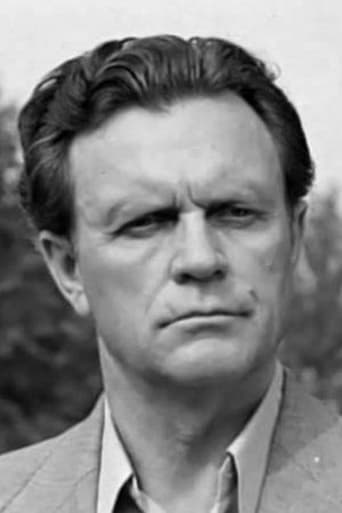 Soviet and Belarusian film and theater actor. People's Artist of the USSR (1989). After graduating from a vocational school, he worked as a turner. In the Red Army since 1941. He added three years to get to the front at the age of 15. He graduated from junior lieutenant courses in Novosibirsk (1942). Member of World War II. The cavalryman of the 11th Cavalry Corps (reserve of the headquarters of the corps) was captured in July 1942 near Vyazma, near the village of Komary. He managed to survive in a Nazi concentration camp, escaped from captivity. After returning home, he was sent to a filtration camp in Vyshny Volochek; as a result of the verification, he was reinstated in the rank. After the war, he came to Vitebsk to his mother’s homeland, where she returned after a false notification of her son’s death. He took part in amateur performances, he was noticed and invited to the theater studio at the Belarusian Drama Theater named after Jan Kolas. There he met his wife, actress Galina Orlova. At the end of the studio in 1948 he worked as an actor in the theater (1948-1959). Since 1959 - actor of the Belarusian Drama Theater named after Jan Kupala (Minsk). He began acting in films in 1960. Member of the CPSU since 1964. He had two heart attacks. He died on June 30, 2000 as a result of a second heart attack. He was buried in Minsk at the Eastern cemetery.