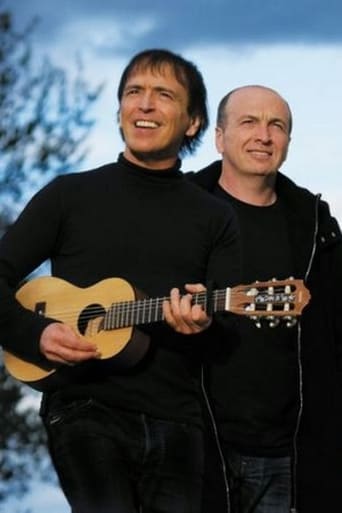 I Muvrini is a Corsican folk music group, who sing traditional Corsican music in their native Corsican language. The group was formed in the early 1980s by the brothers Jean-François Bernardini and Alain Bernardini both born in the village of Tagliu-Isulacciu in the north of Corsica. They are named after a species of wild sheep (mouflon) which live in the mountains of Corsica. The Bernardini brothers were introduced to traditional Corsican music at an early age by their father, Ghjuliu, who was a well-known poet and singer. They recorded their first single with their father in collaboration with the group Canta u Populu Corsu. Ghjuliu Bernardini died in December 1977 and I Muvrini's first album, I Muvrini ... ti ringrazianu, which was released in 1979, was dedicated to their father's memory. In 2000, I Muvrini joined up with Sting to record "Terre d'Oru" (English: "Fields of Gold"). Throughout their career they have promoted the Corsican language and culture, much like the work pioneered by Les Nouvelles Polyphonies corses. Source: Article "I Muvrini" from Wikipedia in english, licensed under CC-BY-SA 3.0.