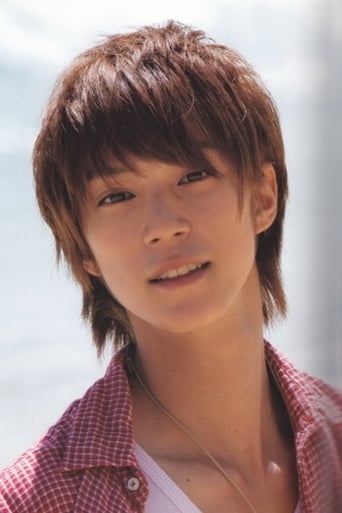 Hamao Kyosuke is a retired Japanese actor, singer, and model. He is best known for his role as Eiji Kikumaru of the fourth generation Seigaku cast in The Prince of Tennis musical series Tenimyu. In 2010, he portrayed the hero Aguri/Gosei Black in Tensou Sentai Goseiger, the first portrayer of a Black Super Sentai Warrior to have been born in the Heisei period of Japanese history. In October 2013, he announced his retirement from acting and quit by the end of February, 2014 to pursue an academic degree which is interior designing. The reason he retired was because he was worried about his future and wanted to get a professional degree. Currently, he is in New York for his studies.