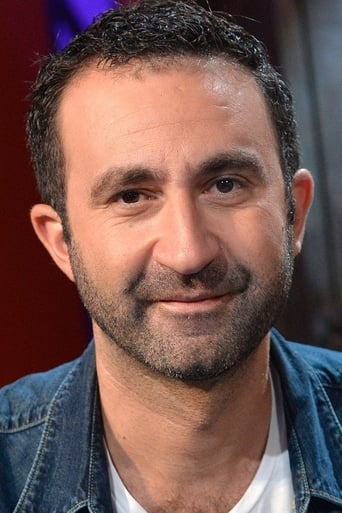 Mathieu Madénian (born 23 July 1976) is a French comedian, actor and columnist. Madénian was born in Perpignan, southern France. He is of Armenian and German descent. He grew up in Saleilles, a town in the suburbs of Perpignan, where he earned his scientific baccalaureate with honours, then a university degree in criminology, then became a lawyer. When he was 25 he left the law profession to follow a career in comedy. He landed his first role in Un gars, une fille where he performed various voiceovers alongside Jean Dujardin and his wife Alexandra Lamy. He then wrote several one-man shows staged by Kader Aoun, many of which were performed at the théâtre du Point-Virgule. From September 2010 has been a part of the French television show Vivement dimanche prochain, presented by Michel Drucker. He does a humor column. alternating with Anne Roumanoff, Nicolas Canteloup or Éric Antoine. From 2010 to 2011, he was also involved in Le Grand Direct des Médias with Jean-Marc Morandini shown on Europe 1. Since September 2011, he has been a columnist on Michel Druckers show Faites entrer l'invité on Europe 1. On 7 January 2015 Madénian did not go to work and escaped the shooting at the offices of the satirical weekly Charlie Hebdo. Source: Article "Mathieu Madénian" from Wikipedia in english, licensed under CC-BY-SA 3.0.